Skip to content
TO PLAY WITH A CHILD IS TO LOVE A CHILD! SO LET'S PLAY!

Looking for easy and fun fall activities with kids, when it’s apple picking season? Just go out there and pick up those apples! And if you are wondering, when does the apple picking start, wonder no more. It always has between September and Mid November, if you live in North America and Europe.

This year, we were traveling to Northern Germany for work for three months exactly when it’s apple picking time. Well, for the last two years, we lived 2 minutes from the beach and have summer until Mid November. So, were not feeling thrilled to spend the end of summer in rainy and cold Germany… We said goodnight to the beach and wake up to fog and mist the next day.

However, it was not a that bad experience at the end. Luckily, we had a few sunny days that we used to the full.

When it’s apple picking season…It’s great time to do some fall activities with kids!

Apple picking was on our list. We found near the house, we were staying at, one of the biggest and oldest public apple gardens in Germany – Haseldorf Fruit Orchard.

As one of the largest, public collections of ancient fruits, this orchard is home to 180 old, local varieties of apples, plums, and pears that are no longer sold in stores. Lucky us! Northern Germany was not that bad at all!

It was a pretty long way to get there. Beautiful views, lots of nature, plenty of sheep and their excrements covering all the paths. If you are a sensitive person, and the smell of animal feces (cow & sheep) bothers you, its probably not the activity for you in Germany. It’s very countryside.

Finally, we got there. Very peaceful. Each tree had a nametag with their apple variety.

There were several big tree arms that you could use to get some apple down. For yourself and a fresh snack for the free-running sheep around.

Most of the apples tasted really sour, but very fresh and smelled really tasty. The apple varieties that could be found there were ancient fruits, that are not sold in supermarkets. Therefore, I think the apples there taste very similar to the original taste apples had when there were no supermarkets. Despite the sour taste of the apples, Aiden loved them. He was so excited to see the apples falling from the tree, collecting them. Eating apples that fall directly from the tree and cleaning them on his sweater. Magical!

He loved to see the sheep running around and befriended even one of them.

All in all, it is a great fall activity for kids, no matter where in the world you are.

Happy Apple Picking! And if you have more energy afterward, check out more of our fall activities with kids. 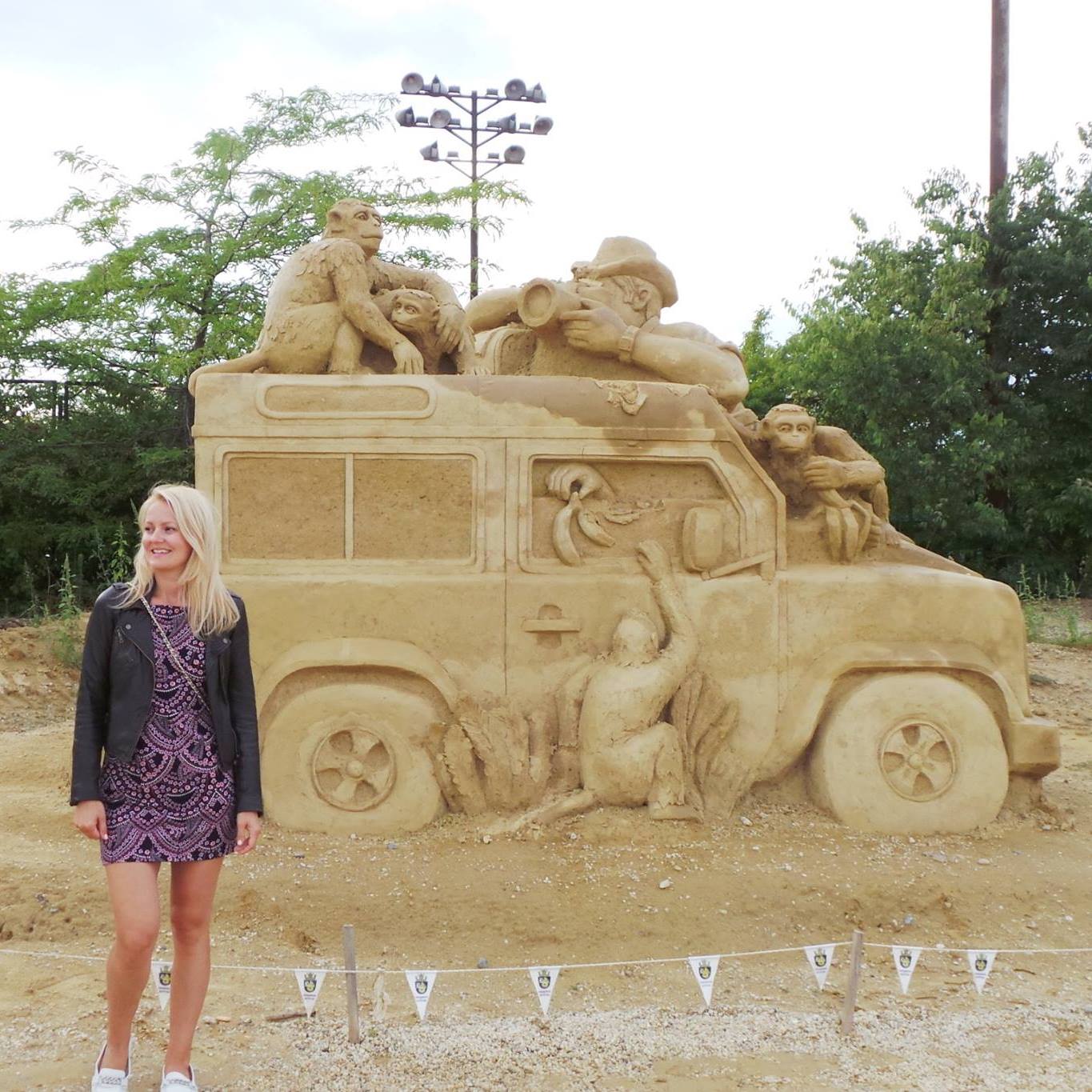 Hi there, I'm Iva! I'm sharing here my experience of being a mom. Make your life easier with an easy daily toddler routine. Create your own daily toddler schedule with fun, educational toddler activities, easy toddler meal ideas and practical things to do with your toddler. We have some of the best ideas for fun, easy and no-prep toddler activities, toddler play and games, so you can have fun with your little one every day. You can choose the best activities for your family and share your own playtime ideas. We love to play with our little one every minute we have free and to turn everything into a game. As parents, we all have a limited amount of time and energy. We might be busy, be constantly tired, annoyed or even burnt out. That’s life sometimes when you are an adult. Becoming a parent gives us a second chance for a brand new life. It gives us the opportunity to make the greatest gift to a human, that we could ever give – a truly magnificent childhood. Let’s take this opportunity and play! Happy Playing!

This website uses cookies to improve your experience while you navigate through the website. Out of these cookies, the cookies that are categorized as necessary are stored on your browser as they are as essential for the working of basic functionalities of the website. We also use third-party cookies that help us analyze and understand how you use this website. These cookies will be stored in your browser only with your consent. You also have the option to opt-out of these cookies. But opting out of some of these cookies may have an effect on your browsing experience.
Necessary Always Enabled
Necessary cookies are absolutely essential for the website to function properly. This category only includes cookies that ensures basic functionalities and security features of the website. These cookies do not store any personal information.
Non-necessary
Any cookies that may not be particularly necessary for the website to function and is used specifically to collect user personal data via analytics, ads, other embedded contents are termed as non-necessary cookies. It is mandatory to procure user consent prior to running these cookies on your website.
SAVE & ACCEPT
error: Copyright ToddlerInAction.com